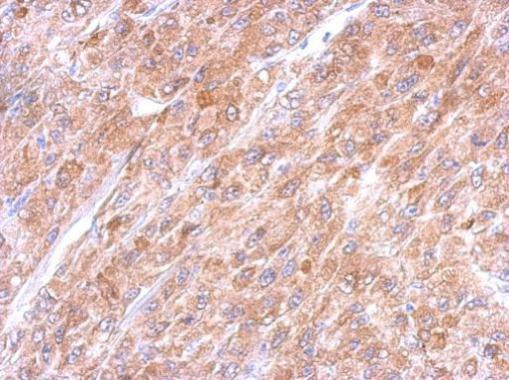 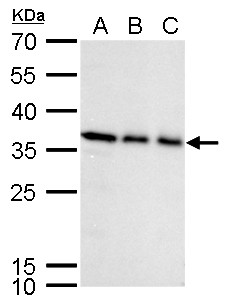 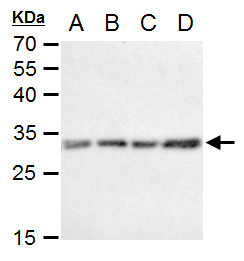 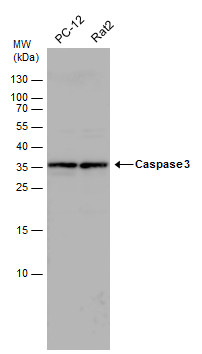 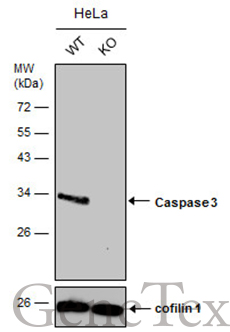 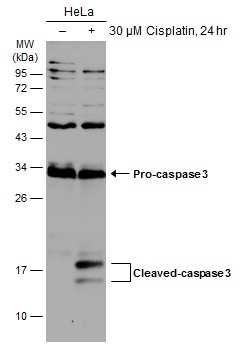 Description: This gene encodes a protein which is a member of the cysteine-aspartic acid protease (caspase) family. Sequential activation of caspases plays a central role in the execution-phase of cell apoptosis. Caspases exist as inactive proenzymes which undergo proteolytic processing at conserved aspartic residues to produce two subunits, large and small, that dimerize to form the active enzyme. This protein cleaves and activates caspases 6, 7 and 9, and the protein itself is processed by caspases 8, 9 and 10. It is the predominant caspase involved in the cleavage of amyloid-beta 4A precursor protein, which is associated with neuronal death in Alzheimer's disease. Alternative splicing of this gene results in two transcript variants that encode the same protein. [provided by RefSeq]